Minor Hotels hints at Saudi expansion amid openings in Egypt, Doha and Dubai

Felicity Cousins May 11, 2022 Dubai: Minor Hotels is further expanding its MEA portfolio with the addition of serviced apartments and aparthotels in Egypt, Doha and Dubai and hints at more properties in Saudi Arabia. 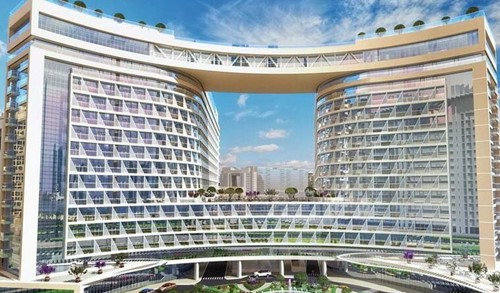 The hotel group, which currently has 529 hotels across 55 countries in Asia Pacific, the Middle East, Europe, South America, Africa and the Indian Ocean, will continue to grow its footprint in the Middle East and North Africa region.

Amir Golbarg, SVP operations Minor Hotels, Middle East & Africa said: “2022 is an important year for Minor Hotels in this region. Having closed 2021 with a really strong consolidated performance over what was a challenging year, 2022 has started on an equally strong footing as all the countries we are present in get back to ‘normal’ operations. At the same time we continue to expand our footprint, having already launched two new hotels to date this year and will debut two new brands in the region in the coming months – NH Collection and NH Hotels.”

The group has two NH properties opening this year in Doha and Dubai and one serviced apartment development in Egypt slated to open in 2025.

Currently in the final stages of development, NH Dubai The Palm will open its doors at the end of this year with 227 guest rooms and suites, in addition to 306 serviced apartments.

Located on Dubai’s Palm Jumeirah, facilities at the newbuild hotel will include restaurants and bars, three spa treatment rooms, a gym, a kids’ club and four meeting rooms. The new 14-storey hotel will also offer a sports bar and a rooftop bar and lounge alongside the infinity pool.

NH Dubai The Palm will be the first of the brand to launch in the Middle East and will join an existing portfolio of over 240 NH Hotels properties.

Accommodation will include a mix of guest rooms and more than 50 suites. The 300-key hotel is located in the Ras Abu Abboud area along Doha’s eastern coast, between the city centre and Hamad International Airport.

The new-build hotel, located in the heart of the Egyptian New Administrative Capital, will be housed across two wings. One wing will feature a mix of suites and studios, in addition to one-bedroom and two-bedroom apartments. The other wing will house 203 suites.

Facilities at the property will include restaurants, a lobby lounge, a spa and gym, meeting and coworking spaces.

As well as these three openings Minor Hotels is looking at Saudi Arabia.

Golbarg added: “We will soon be announcing upcoming hotels in the Kingdom of Saudi Arabia, a country we’ve been looking to expand into.”