Felicity Cousins May 10, 2022 WORLDWIDE: Aparthotel company Adagio is continuing its expansion outside Europe and aims to double its portfolio by 2025. 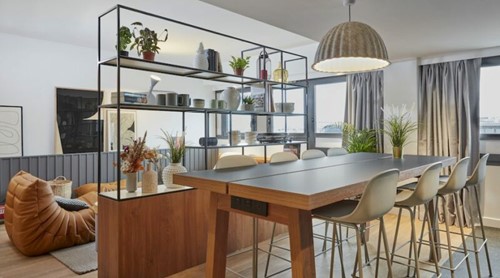 Next year the aparthotel company plans to focus on Abijan, Antwerp, London and Bucharest, as well as its home market of France with openings in Rouen and Boulogne-Billancourt.

Adagio recently opened in Qatar and Malta, two countries where the brand has not previously been represented and partnered with London Stadium with the opening of its four-star Adagio London Stratford.

Its new openings will bring its portfolio to 220 across the world.

The company has also launched some recent lifestyle concepts including the Adagio Access to Living Hub and Adagio Smart House and The Circle – Adagio’s public area concept. All of these concepts can be seen in the company’s first Coliving Concept flat, which opened in Paris in February.