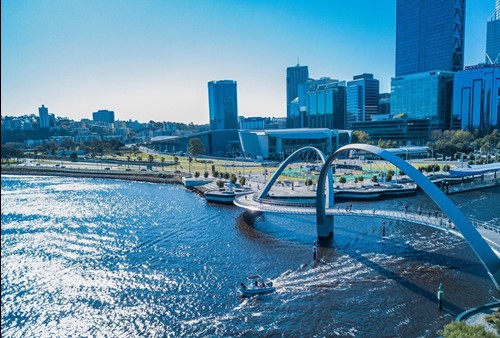 Currently the city only has one operational coliving building – The Tide Scarborough - but the Savills research found it has significant potential.

“The research paper analysed all 2300 plus Statistical Area Level 2 (SA2) regions across Australia to determine the idealistic locations for coliving weighted across 14 different demographic, economic and locational data points,” said Savills Australia and New Zealand director of student accommodation Paul Savitz. “Perth city SA2 actually ranks sixth highest across all of the 2300 plus SA2 regions for investment and development into co-living. Only 12 SA2s outside of Sydney and Melbourne make the top 100, with Perth city being the highest of those 12.”

Savills' Conal Newland added: “The coliving offering is much more about giving a complete experience for the tenant, not just a residential living where you pick up the key and you move into an apartment – it is giving people an opportunity to move into what is a community-focused building which will have a higher level of amenity in terms of the communal spaces that are proved.”

Newland said the majority of investments into coliving were from capital investors who were looking for alternatives to the mainstream property asset classes.

The research noted that in Perth 7168 renters were aged between 25 and 34 years of age, with 1798 of them renting alone and 30 per cent earning above the national income. 34.3 per cent of that age bracket are also currently renting.

“If we think of co-living as targeting the CBD and the CBD fringe, then Perth is really exciting,” Newland said.