George Sell Uploaded 16 October 2020 UK: Planning officers from Elmbridge Borough Council have recommended that a planning application for a senior living development in Walton-on-Thames be refused on the grounds that elderly people do not bring “vitality” to town centres. 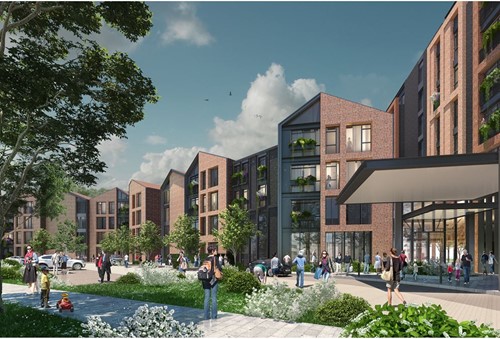 The proposed scheme, by Guild Living, includes the redevelopment of a vacant DIY superstore site into a 222-unit retirement village with intergenerational facilities.

Planning officers said: “The proposed development fails to make efficient use of land by providing the type of elderly accommodation for which there is no short- or medium-term need. The application fails to support diversity in the town centre, it fails to add to the centre’s competitiveness and would undermine the vitality and viability of the town centre.”

The council has been warned by charity groups and lawyers that the recommendation is a potential breach of the Equality Act 2010, which lists age as a protected characteristic.

Legal & General, which owns Guild Living, has written to foreign secretary Dominic Raab, MP for Elmbridge, seeking his intervention in the case.

Phil Bayliss, chief executive of later living at Legal & General, said in the letter: “As we have seen over the current crisis, it has never been more important to provide safe homes for our elderly. The view from the council that bringing older people into the heart of our community would undermine its vitality feels both inappropriate and discriminatory at a time when the whole country is focused on better supporting older people and creating more housing.”

Elmbridge Borough Council planning committee will meet on 20 October to consider the proposals.