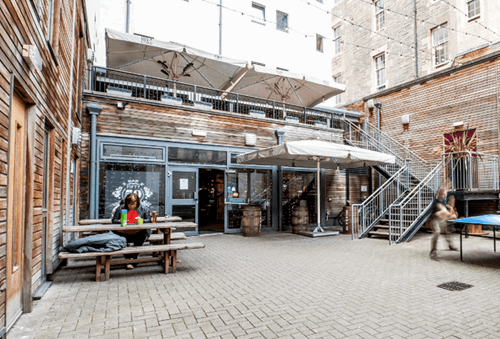 The £16 million cash sale price represents a 22 per cent premium to its £13.4 million book value.

It said it had responded to the pandemic and lockdowns across Europe by reducing the monthly cash spending of the business to £350,000, which had “significantly mitigated” the impact of closing its hostels.

However, despite those measures, extensions to lockdowns, which had lasted much longer than initially expected, meant the company needed additional short-term capital.

The board said it believed that an asset disposal was the “optimal approach” to raise new capital in the current market environment, with the £16 million offer for the Edinburgh hostel described as an “attractive solution”.

Part of the proceeds of the disposal will be used to reduce debt by 35 per cent, while providing the group with sufficient cash reserves for the coming months.

Safestay said the transaction remained conditional on shareholder approval, which would be sought at a general meeting on 30 April.

“We are very pleased with this transaction as it will facilitate a 35 per cent reduction in group borrowings, as well as give us the cash balance to re-engage as restrictions are lifted,” said chairman Larry Lipman. “It is a very positive solution which provides a solid foundation to not only restart but also to have the option to invest at a time when many of our competitors will not.”