George Sell Uploaded 22 June 2020 UK: WeWork has made a second round of bobcats n the UK as it continues its restructuring.

According to an article in Wired, more than 50 per cent of WeWork’s community managers and community leads were made redundant last week. They were told that their last day will be June 30 and placed on grading leave until then. The cuts this week are thought to have affected 82 people in the community team, the largest in the company, with further redundancies in the design, IT, sales, events, talent acquisition and new member development teams.

Wired said an estimated 200 people had been made redundant in the UK.

A spokesperson for WeWork said: “As WeWork continues to execute its strategic five-year plan, we are realigning certain functions and teams to reflect our priorities of delivering an exceptional experience for our members and achieving long-term profitable growth. As part of this, we are restructuring our community team to better align with our focus on member experience and enable our teams to more efficiently achieve our goals.”

WeWork chief executive Sandeep Mathrani warned in May that the business was planning a new round of layoffs. The company cut around 20 per cent of its workforce last year after plans for an IPO were shelved.

Last month, the chief executive of key WeWork investor SoftBank, Masayoshi Son, said its investment in the business had been “foolish”. 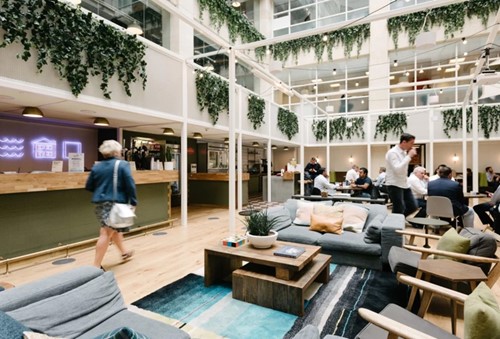