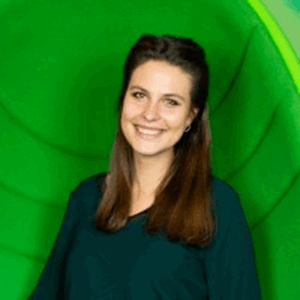 Christina Kainz is a co-founder of the senior living operator lively, which operates in the asset class "assisted living" in Germany and was newly founded in 2021.

Upon completion of her undergraduate studies at the Hotelschool The Hague, Christina focused on "Finance" and "Development" and was responsible for growing both departments at prizeotel, an economy hotel brand of the Radisson Hotel Group. Most recently, she led the project development of the pipeline including a total of 16 hotels in several countries and, together with the international star designer Karim Rashid, she further developed and standardized the design concept in such a way that it became scalable and significantly supported the international roll-out.

In her daily work, Christina aims to utilize the pillars of the modern hotel industry in senior living and, in particular, to create a unique living atmosphere for senior living through modern, intuitive accessible interior design. In doing so, she would like to bridge the gap between the hotel industry, serviced apartments, district development and the increasing demand for home-based care for the elderly, and build a midscale brand with lively that is characterized by a consistent promise of quality.